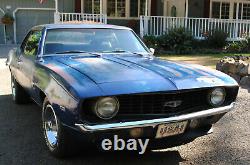 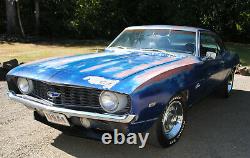 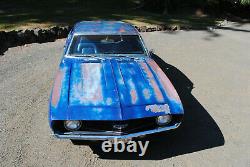 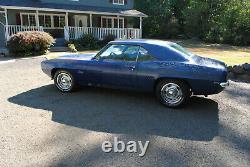 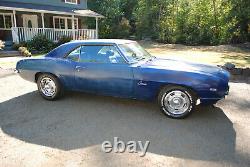 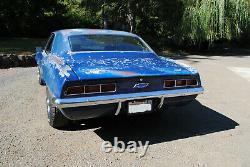 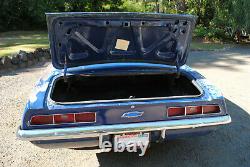 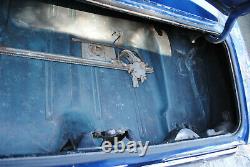 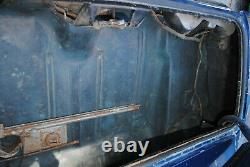 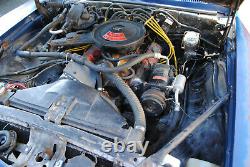 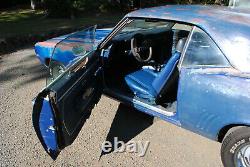 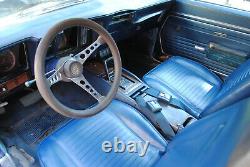 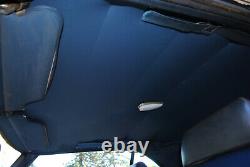 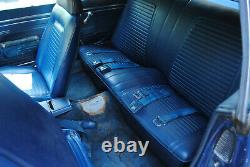 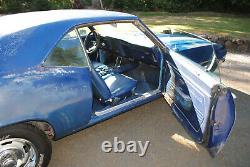 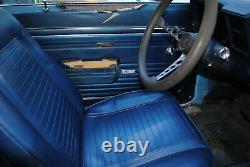 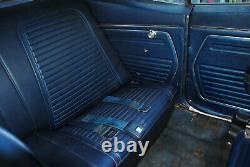 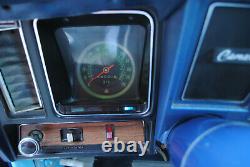 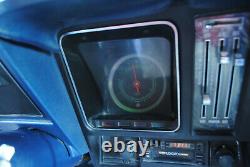 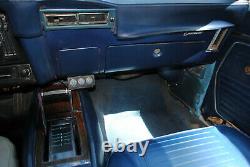 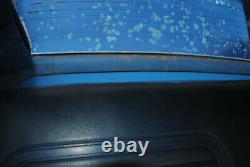 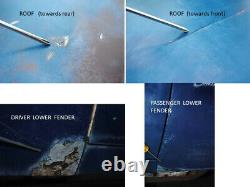 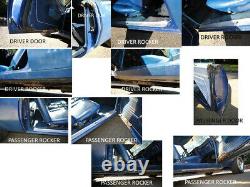 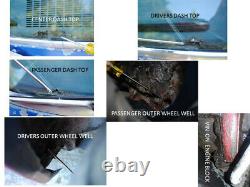 I will do my best to describe it as accurately as I can. Car was owned by the same owner for about 46 years and spent its life in the dry desert region of Eastern Washington State. A bit neglected here and there but its a pretty unmolested original car. Its a 307 cubic inch V-8 engine (original matching numbers motor) with a console shifted Powerglide automatic transmission and 10 bolt rear end. Its a Norwood, Ohio built car.

The model year production typically ended in July but a rare exception happened and the production for the 69 Camaro was extended from July 69 to November 1969 because the 1970 Camaro was not ready for release. This is one of those Camaros that was built during the extended production time. Car is also an X44 code Norwood car, and you guys know thats the code Chevrolet used for the COPO cars so heres the body for your 427 COPO clone if that suits you.

It starts right up and runs decent. Has dual exhaust, one of the tailpipes after the muffler is missing but the car isnt obnoxiously loud.

Transmission shifts good, doesnt slip or anything- works fine. Has power steering, works good. Front end a little sloppy but goes down the road ok, nothing weird. It stops on a dime- so long as you know the dime is fifty feet ahead of you when braking- its got four wheel drum brakes.

Just joking about the brakes it stops OK for drum brakes. What can ya say, its a 52 year old car. Engine stamp code is TO7IIDC, decodes as 200HP 307 c.

With Powerglide trans, Tonowanda, NY engine plant, July 11th.. The VIN is stamped on the block and I have confirmed the match to the car, as can be seen in photo provided. I havent crawled back under the car to confirm whether the trans or rear end is original. (I believe they most likely are). All the important electrical stuff works, like the wipers, headlights/highbeams, turn signals, brake lights, heater/defrost/AC fan.

The Camaros original radio came with the car so you get that too. The glove box door is missing the little chrome knob. I havent been able to take the time to mess around getting the glove box open so when you do, any treasure you may find is yours. BODY/ CHASSIS: It may look rough in the photos but its not too bad if you look past the ugly, in my opinion. (My opinion is based off my experience owning/driving classic cars/ Camaros etc and my experience/ opinion may differ from yours) From best I can tell it looks like one repaint over the original Dover White. Whoever/whenever the repaint was done (looks like it was done many years ago) it does not look like they did paint prep very well as the paint has lifted/ chipped/ cracked all over. Definitely looks like it was one of those old Earl Scheib cheapo paint jobs. Theres lots of areas where the paint is thin from weathering in the Sun, chipping off and stuff. Patina as its called today.

I believe it to be all original sheetmetal, fenders/hood/doors/rear quarters/trunk lid etc. Body panel gaps look good. Doors open and shut good. Has some small rust areas in typical places- lower front fenders, a small, teeny, tiny spot on the drivers side panel seam below the rear window, a couple little spots in the lower part of the rear outer wheel houses. The rear quarters have a little wavy gravy and sanding marks I can tell looks like body filler near the body line area but from inside the trunk it does not look like the quarters have been replaced- and the seams where the trunk/ rear body panel meet the quarters looks to be clean and original.

Weird thing (to me) is the upper dash sheetmetal has rust at the base where it meets the bottom of the windshield. Ive never owned an A/C car so Im wondering if A/C caused some kind of condensation over the years or? Just seems odd that its rusty there.

The cowl is not rusty, just the sheetmetal upper dash. Theres a couple cracks in what looks to be some body filler on the roof (See close up photos). This was a vinyl top car and at some point it was obviously taken off. The car needs bodywork and paint but the original floor pans are solid, original trunk pan is solid (factory jack & lug wrench still in the trunk too), rocker panels solid and straight, frame rails really solid, shock towers really solid, cowl is solid, the body needs what I consider to be somewhat mild metal/ rust fixes and basically all the important structural stuff is in good condition and a solid foundation.

You could drive this car while fixing it up & restoring it. Or heck, leave the patina and stuff in your 632 c.

Twin turbo big block for the ultimate Camaro sleeper lol- whatever floats your boat. The car is currently licensed and tabbed/tagged.

I drove it up town to put gas in it and I got several thumbs up. One guy asked me what the car was and told me it was Gorgeous- obviously not a car guy but thats a statement to the look of the 1969 Camaro- even in its rough patinad shape a non car person thought it was cool as heck. Although it needs work and is definitely a project, overall it is a fairly rust free and original car.

Car has a free and clear WA State title. What you see in the photos is what you get. There is one plastic bin included with the car that has some of the random parts that came with the car when I bought it. No extra parts other than that.

Please ask questions if you have any. I do not claim to be an expert, I do have experience owning 69 Camaros and will give you my best answer and opinion (if so warranted) on the car to answer any questions you may have. You are welcome to come personally look the car over or have a professional agent or representative come look at the car. In addition, when you build/ restore an OEM car as this one is you end up with a legitimate, unquestionable title and an original VIN on the car.

(I need to make space in case I find the convertible I want). If longer than two weeks I will need to charge for storage (we can discuss monetary amount/ time). Side note- Im going to remove and keep the USA-1 plate thats on the front of the car.

69 Camaro Project Matching Numbers. The item "1969 Chevrolet Camaro" is in sale since Wednesday, September 1, 2021. This item is in the category "eBay Motors\Cars & Trucks\Chevrolet\Camaro". The seller is "renegade_muscle" and is located in Olympia, Washington. This item can be shipped to United States.