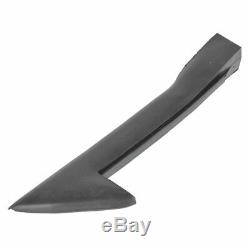 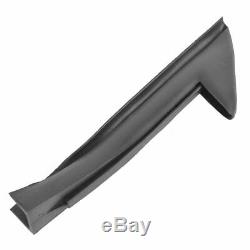 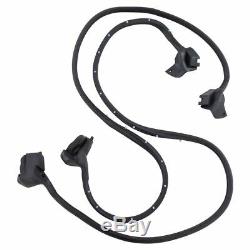 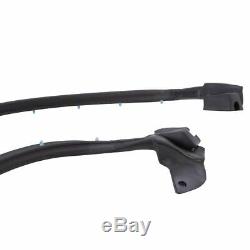 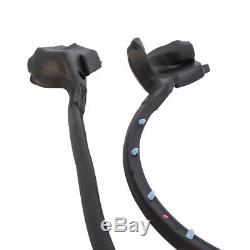 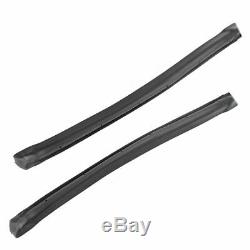 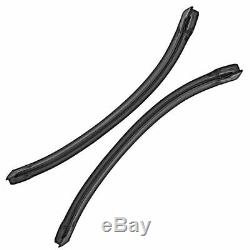 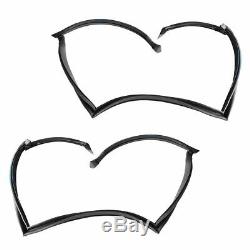 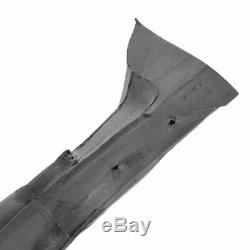 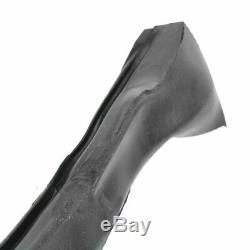 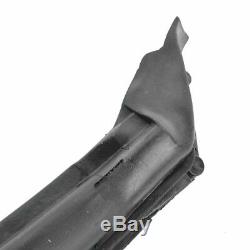 Rubber Door Hatch Weatherstrip Seals Set Kit for 82-92 Camaro Firebird w/ T-Tops. This Aftermarket replacement weatherstrip kit includes the following pieces. T-Top Roofrail Seals: Seal the perimeter of the T-Top, and the front/rear of the side glass to the body of the car. T-Top Out Edge Seals: Seal the outer edges of the T-tops to the side glass.

If your weatherstripping is causing leaks allowing damaging rain in, then this weatherstrip kit is for you. Why not replace your old, hardened, rotted seal with this new, ready to install weatherstrip set. Some 82-92 Camaros and Firebirds were converted to t-top cars after they left the factory by a company called Cars and Concepts (C&C).

These aftermarket t-tops are not interchangeable with the stock ones and require different weatherstripping. To determine which top style you have, remove one of the tops and measure the side that tucks into the center support section of the roof. Factory, or Fisher, tops will be 30 1/4" while the C&C tops will only be 28" long. WARNING: This product can expose you to chemicals including Mercaptobenzothiazole, which is known to the State of California to cause cancer, and birth defects or other reproductive harm.

In the event this item should fail due to manufacturing defects during intended use, we will replace the part free of charge. 1982-92 Chevy Camaro T-Top Weatherstrip Seal Kit.

1982-92 Pontiac Firebird T-Top Weatherstrip Seal Kit. In order to keep our prices low, we have the following purchasing policies.

We're here for you! Thank you for your interest and we hope to do business with you! The item "Rubber Door Hatch Weatherstrip Seals Set Kit for 82-92 Camaro Firebird with T-Tops" is in sale since Tuesday, August 9, 2016.

This item is in the category "eBay Motors\Parts & Accessories\Car & Truck Parts\Exterior\Mouldings & Trim". The seller is "am-autoparts" and is located in Gardner, Kansas.